Why Sour Foods are Essential for Well Being Sour foods aren’t typically on our radar. We just don’t think of sour foods in the same way we do sweet ones. But, sour is one of the five tastes. There’s sweet, sour, bitter, salty, and umami. A food gets its sour taste from its high levels of acidity. As is the case with the bitter foods and drinks we talked of before, sour foods are essential for our health, and our survival.

And the question again is, are you eating and drinking enough sour consumables? And if not, why? Let’s take a look at the best sour foods and drinks you can start getting into your diet now.

Some of the best sour drinks are also some of the cheapest. You don’t necessarily have to spend an arm and a leg to fill your body and mind with some of the healthiest foods on the planet. That’s the beauty of Mother Nature.

Kefir is yogurt that you drink. And it’s inherently sour. I love kefir, and don’t get enough of it. The best kind of kefirs to buy are the ones without too many sugars. The flavored varieties loaded with sugar kinda sabotage the healing effects of pure kefir. So, stick to the pure stuff and read labels to be sure.

What exactly is kefir? It’s fermented, for starters, and it's created by combining kefir grains to milk—either goat’s milk or cow’s milk. Kefir grains are full of healthy yeast and bacteria, and their sour taste comes from the lactic acid made during the fermentation process. If you don’t already enjoy kefir as a part of your diet, I encourage you to do so. 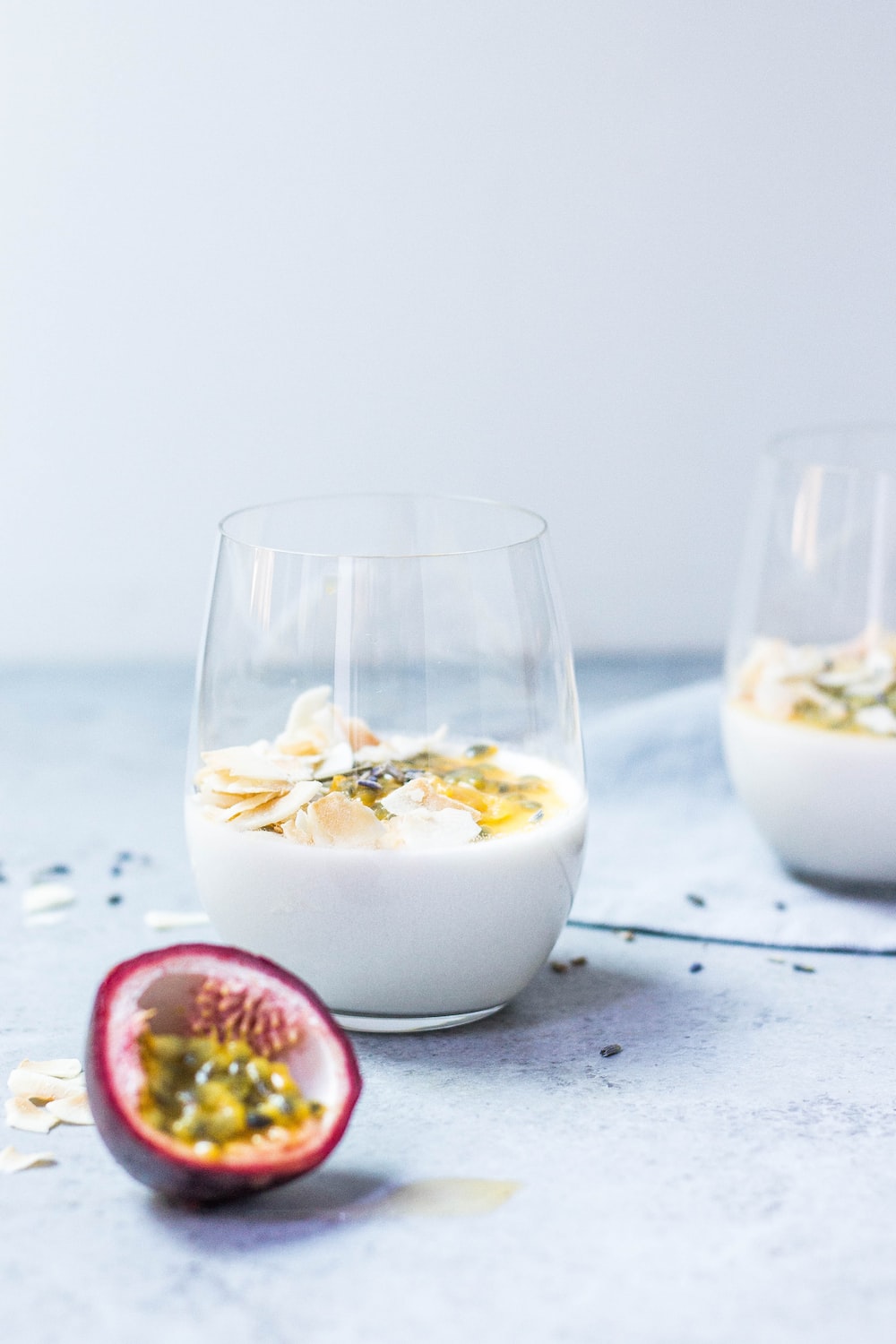 Who doesn’t love kombucha? It’s sparkling, it’s sour, and it’s even sweet. Homemade kombucha will be more sour and less sweet than its store bought version, but both are good for you. While kombucha seems to be a recent health trend in the West, it was actually being made way back in the day. As in ancient times.

So, what exactly is kombucha? Well, it’s made by taking either green or black tea, and then mixing it with yeast, sugar, and certain healthy bacteria strains. You let this mixture ferment for a week or so, and then drink up. The acetic acid that’s produced during the kombucha fermenting process is what lends it its sour taste.

Like sour drinks, sour foods won’t break the bank. And unbeknownst to you, you may already have them in your fridge. Let’s take a look at a handful of the healthiest and most popular foods with a sour taste.

Yes, good ol’ yogurt is a sour food. It’s probably the most popular one, and for good reason. Yogurt has been around for ages and most people of all ages like it. When I was a young girl, before being corrupted by preschool, the only special treat I knew of was plain yogurt with a drizzle of honey. It’s what my mom gave me for dessert. I still love it today.

Yogurt is created through a fermentation process between milk and good bacteria. As with the drinks above, it gets its sour taste from the lactic acid that happens during fermentation. As with kefir, skip the flavored yogurts. They’re loaded with sugar. Opt for the plain stuff. I prefer plain Greek yogurt over any others. And if you want a little sweet to offset the sour taste, just add a drizzle of honey, pure maple syrup, or a scoop of lucuma powder.

This article would not be complete without a long mention on sauerkraut. It’s a superfood in my book—a superfood for your gut. This sour food is made by fermenting cabbage, and it gets its sour taste when lactic acid is created. This staple in German cuisine is a gut superfood due to the beneficial bacteria (also known as probiotics) made during the fermentation process.

These probiotics make sauerkraut a great food to have around to ensure you maintain healthy digestion throughout your life. And if you’re not fond of the taste, simply eat two tablespoons of sauerkraut each day to reap its benefits. Think of it as a supplement and just hold your nose as you eat it. It’s that good for you.

As well as being a digestive tonic, sauerkraut is also nutrient dense. It’s full of vitamin C, vitamin K, and essential minerals like manganese. Another way to eat sauerkraut if you’re not keen on the taste and don’t want to eat it by itself is simply to add it to meat dishes, or even sandwiches. Like any food, it lends itself to creativity, and can be enjoyed for its health benefits in a number of ways.

The wide array of vinegars available to us today makes consuming this healthy sour edible easy. There’s apple cider vinegar, balsamic vinegar, red wine vinegar, white wine vinegar, rice vinegar—you get the idea. Vinegar has been used as a health supplement for decades. My grandmother used to drink a spoonful of it daily to soothe her tummy.

So what makes vinegar so good for us? Well, as you probably know, it’s another fermented food, in this case, a liquid. And all fermented products are typically good for us. Fermented from fruits or grains, vinegar gets that lip-puckering taste from the acetic acid made during fermentation.

We typically eat vinegar as part of a healthy salad dressing. There’s nothing as good as olive oil and vinegar over a bed of leafy greens. If that’s not your thing, add vinegar to sauces and marinades, and look for it in various recipes. it’ s really good for you so always make sure you have it on hand. Or do like my grandmother did and simply take a spoonful each day. It will do the body good. 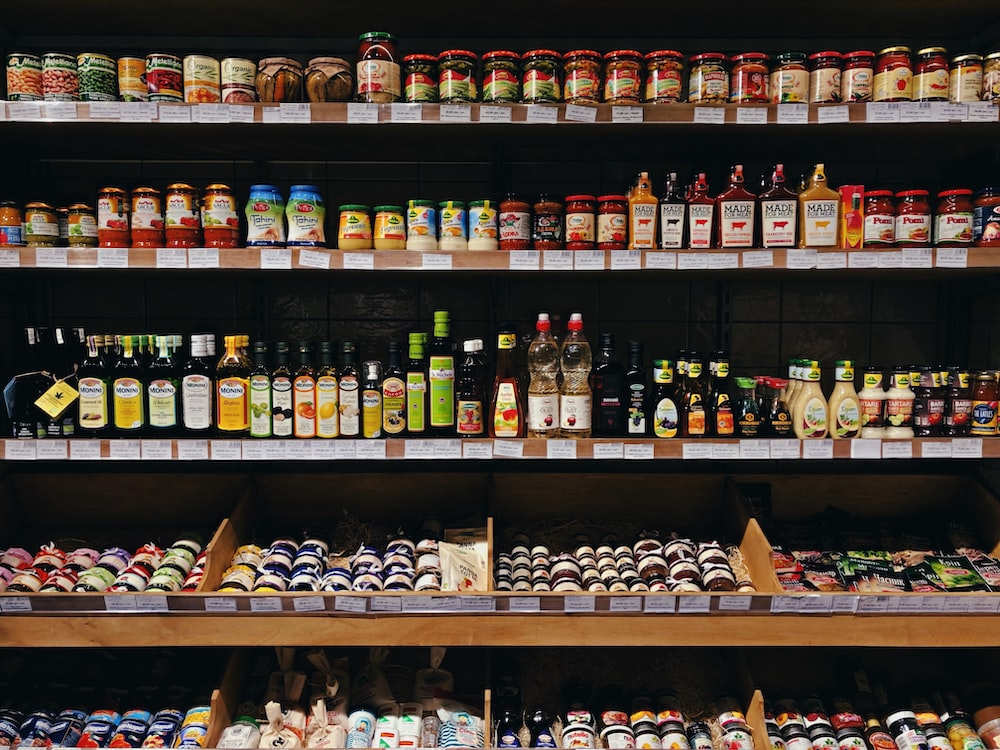 Ever had a gooseberry? I don’t think I have, but I intend to. These berries are tart, no doubt, and they get that tartness from many organic acids, such as malic acid and citric acid. Gooseberries come in various shapes and sizes, as well as different degrees of tartness. Some are sweeter than others, while some are more sour.

They’re an excellent source of vitamin C, as just one cup gives you almost 50% of the RDA. What’s more, they’re a rich antioxidant source to protect your cells, and they even contain potent antimicrobial properties. Add these tart berries to your morning bowl of rolled oats, to a nice bowl of yogurt, to raw salads, or eat them on their own.

We’re not talking about any ol’ cherry here. We’re talking about the tart cherry. Tart cherries are tiny. They are sour. And, they’re oh so good for you. Why? First off, they’re lower in sugar than their peers. Secondly, tart cherries get their flavor from malic acid, which is found in much higher amounts in this particular variety.

Thirdly, tart cherries are particularly rich with polyphenols. These are potent antioxidants which do the body and mind a world of good. For a truly sour, full-of-health breakfast, why not add tart cherries to yogurt or kefir in the morning? Or add them to icecream for the perfect sweet and sour combo. Oatmeal and tart cherries go well together, or simply snack on them by themselves and pucker up those lips! 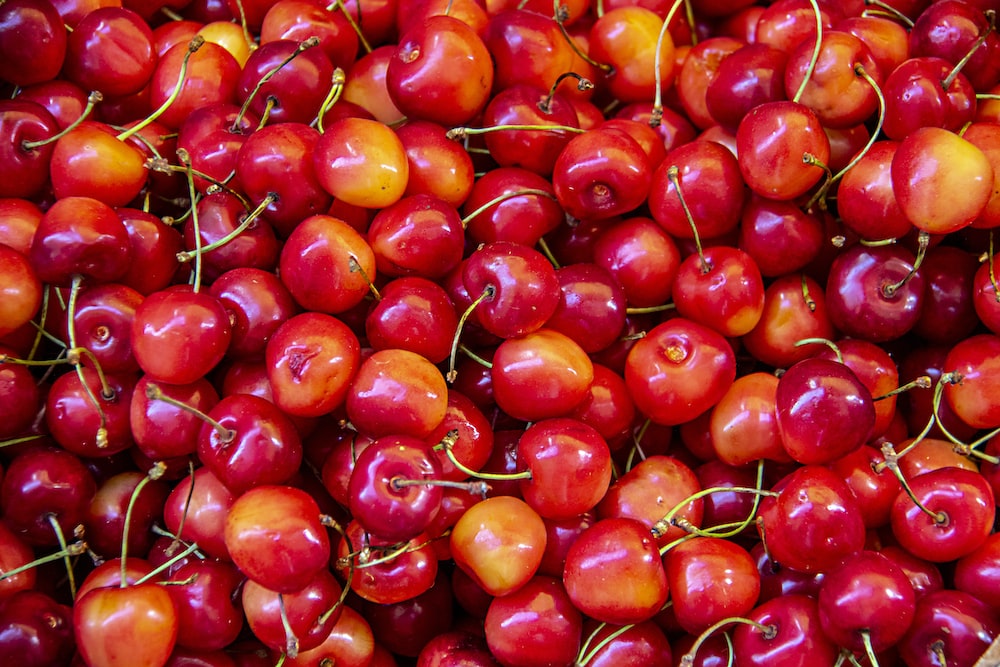 Rhubarb isn’t the most popular food item in the grocery store. While many of you might have tried a rhubarb pie, it’s simply not one of the most popular veggies on the dinner plate. But, it should be. For this tart vegetable has a number of health benefits.

Rhubarb gets its sour flavor from two different kinds of acid—oxalic acid and malic acid. Rhubarb is filled with cell-protective antioxidants, including anthocyanins, which gives rhubarb its red color. It’s also a good source of vitamin K and incredibly low in sugar.

If you’re wondering how to eat rhubarb besides the standard rhubarb pie, consider making rhubarb jam (or buy it). Try making a rhubarb sauce, a rhubarb crisp, or a rhubarb crumble. You may find the more you eat rhubarb, the more you enjoy it. And before long it may become a regular staple in your diet, which is always a good idea, given the fact that we want to have as much variety and color in our daily diet as possible!

Ever tried tamarind? I think the only version I’ve ever had was a tamarind chutney. Tamarind is a tropical fruit that hails from Africa, and namely, the Tamarind tree. It’s a sour fruit that gets its sour flavor from citric acid. Tamarind’s tartness comes from an acid called tartaric acid, which happens to be chock full of antioxidants.

Tamarind also contains plenty of nutrients, including a treasure trove of B vitamins, as well as minerals like potassium and magnesium. Incorporating tamarind into your diet is a great idea, especially if you’re into exotic tastes like I am. You can make (or buy) tamarind chutney, add tamarind pulp to your favorite marinades, experiment with tamarind pulp in various beverages and make desserts with it, too. The possibilities are endless!