Top 6 Healthiest Drinks in the World You’re going to drink a lot of liquids in your lifetime. Think about how much you drink in a given day. Now, consider how much you drink in a given week. How about a month? A year! You get the picture. And, if you’re going to be drinking that much, why not know what beverages are best for you? Then adapt your tastebuds to truly enjoy what’s healthiest. Much of the time, we focus on foods, rather than drinks. But, we can really do our bodies harm if we’re drinking fruit juices or manufactured sports drinks all the time, without receiving the health benefits of the world’s best drinks for your health.

My point is, you should probably be paying more attention to the beverages you’re drinking than you currently are. And if you’ve ever perused the aisles of Whole Foods supermarket, you know just how many so-called “healthy” beverages are on the market. Kombucha, organic cold-brewed oat milk lattes, coconut water, sparkling water—the list goes on and on…

So, I’m going to tell you exactly what you should be drinking on a daily basis. No more confusion as to what’s best for you to drink if you’re serious about your health. And as you well know, health is everything. When we’re sick, we realize this. When we’re healthy, we tend to forget this truth. So, read on to discover the top 6 healthiest drinks in the world! 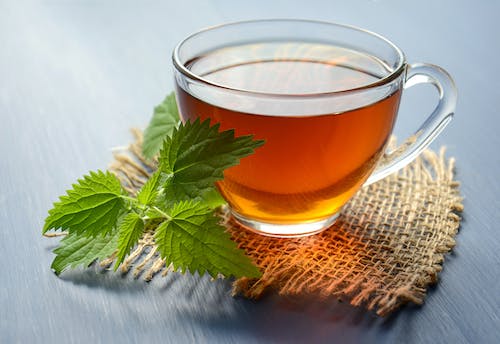 This earthy elixir comes from Asia, as you probably already know. But, with so many varieties of green tea available, you may be wondering if one is better than another. Well, organic green teas are always better than their conventional counterparts. And matcha green tea has an impressive antioxidant count. But, really all green teas are good for you. Why? Because they all contain flavonoids. Flavonoids are a distinct group of plant-based chemical compounds, also known as phytonutrients. All phytonutrients contain antioxidants. Most of us know that antioxidants are really good for us. They boost our immune systems, fight inflammation, and reduce our risk for nearly all diseases.

Science also shows that the flavonoids found in green tea are made less effective when milk is added to it. On the other hand, adding lemon to green tea appears to enhance the antioxidant powers of this earthy beverage. And because our bodies’ cells are constantly being bombarded with oxidation, we need to drink beverages with a high antioxidant load to balance out the oxidative effects of our modern life.

This pretty in pink beverage is popular in Mexico, and gaining more and more popularity the world over as we learn more about its health benefits. This 2010 scientific study, published in Nutrition Journal, identified the most antioxidant-rich foods, drinks, supplements, herbs, and spices in the world. What the study found was that hibiscus tea, also known as Flor de Jamaica, topped the list! This came as a surprise to me, as I’ve had it before but never really had hibiscus on my health radar. 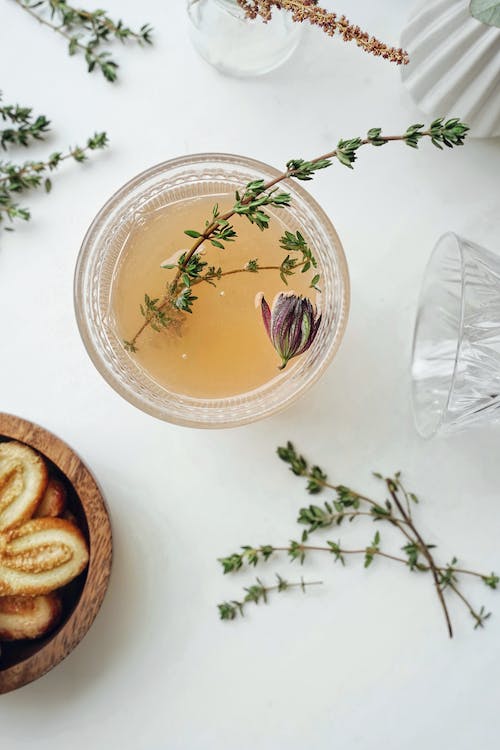 If plain hibiscus tea is a tad bit too bitter for your tastebuds, consider making the traditional Mexican drink known as Agua Fresca, made from hibiscus, watermelon, lime, and sugar. Instead of sugar, substitute with stevia or honey. Yet another healthy alternative would be to blend watermelon chunks, frozen strawberries, and hibiscus tea for a truly healthy, yet tasty summer beverage.

Did you know that being dehydrated makes us downright cloudy headed? It’s also dangerous for our health because proper hydration supports the body’s natural process of detoxification and elimination. And no, I don’t mean water in plastic bottles! Besides being a disaster for the environment, the plastic water bottle industry is a disaster to our health. You probably know by now that plastics contain harmful chemicals known as endocrine disruptors. They should be avoided at all costs. 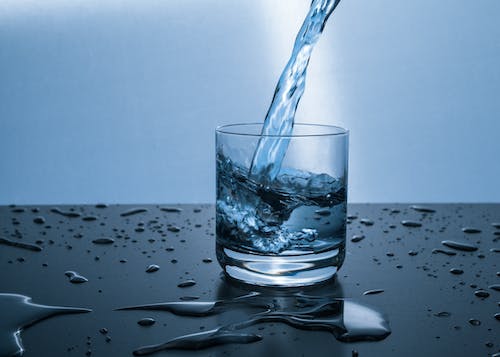 Of all the most common forms of tea—green, black, white, oolong—white is the least processed. Black tea is the most heavily processed of the four. However, they all come from the same plant, known as Camellia sinesis. While green tea has a higher antioxidant level than white, white tea becomes more potent than green when lemon is added—even more potent than when you add lemon to green tea. So, if you’ve never been a fan of the green stuff, by adding a squeeze of lemon to your white tea, you’ll be getting all the antioxidants of green, and then some!

Once you begin tasting various white teas, you’ll develop a palate that appreciates its more subtle, delicate flavors. Sipping these ancient beverages becomes a real treat, a meditative moment of self-care and quiet, cozy contemplation—perfect for the fall and winter months. What’s more, white tea may be a more powerful form of cancer prevention than its peers, green, oolong, and black. Oregon State University published a study that displays these anti-cancer benefits. Read the study for further inspiration to drink this delicate elixir.

Four of the best medicinal mushrooms are: chaga, reishi, shiitake, and Lion’s Mane.

Shiitake mushrooms have powerful anti-inflammatory powers. They’re great in powdered tea form if you’re looking to combat or prevent systemic inflammation. If you have high cholesterol, you’ll want to drink a powdered shiitake tea, as it has been proven to lower levels of bad cholesterol. This form of medicinal mushroom is even administered in China and Japan as a gastric cancer cure in addition to chemotherapy. 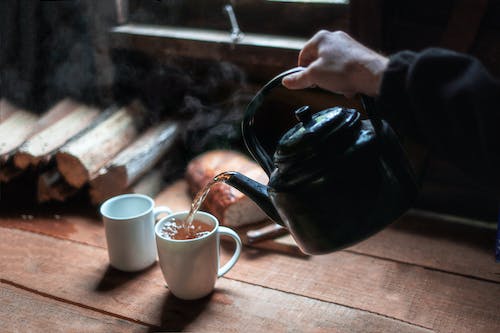 If stress is your achille’s heel, you’ll want to drink a powdered reishi mushroom tea. This one’s known to reduce stress, and increase energy levels. Reishi is also great for balancing hormones, as well as promoting mental clarity and alertness. You can think of reishi in tea form as yoga in a cup!

Chaga, the king of medicinal mushrooms, is excellent in powdered tea form. It promotes immune health and healing, with an antioxidant load that’s one of the highest of any edible on the planet. Chaga’s beta-glucans stimulate lymphocyte production, which help fight off cold, flu, or any infection for that matter. Because hot water is necessary for the activation of chaga’s healing compounds, this mushroom is perfect for drinking in tea form. If you or anyone you love has cancer, or simply wants to prevent cancer from happening in the first place, chaga should be at the top of the list. It’s known to reduce the size of tumors and even help treat several different forms of cancer.

Lion’s Mane is a medicinal mushroom known for its cognitive healing powers. It helps improve and maintain memory as we age, and also improve mental focus. Like reishi, Lion’s Mane helps us deal with stress and anxiety, while also protecting our nervous system. It may even relieve symptoms of depression. But perhaps the biggest boon of Lion’s Mane has to do with neurological health. It’s said to be effective in preventing, and perhaps even reversing the various neurological diseases of our time. Dementia, Alzheimer’s, and Parkinson’s—these are all diseases that benefit from the Lion’s Mane mushroom.

All these medicinal mushrooms are available in powdered form, which you simply add to hot water, and drink. It’s that simple. For a soothing elixir for whatever ails you, or whatever you aim to prevent, choose your favorite medicinal mushroom tea—then enjoy daily! And because these are the most costly beverages on our list, know that a little goes a long way. Just one cup a day (1-2 teaspoons of mushroom powder) should suffice.

When it comes to the most beloved drink on the planet, you’re probably a bit confused. Is coffee healthy or not? Varying opinions surround the sacred bean. But, for the most part, up-to-date research shows that coffee is indeed, good for you, and it needn’t be the controversial beverage in health-minded circles that it has been for so long. Thank goodness! 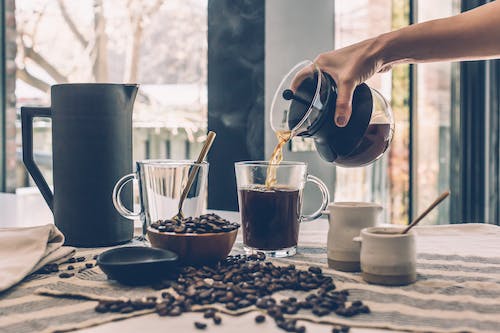 Of course, there are caveats here. For example, coffee’s a highly sprayed crop. So, you’re going to do your body (and mind) a world of good by shopping for organic coffee. And then, there’s all the stuff we add to it that’s questionable from a health perspective. Conventional milk isn’t great, and neither is half and half. If you’re going to add a milk product to your morning cup, make sure it’s organic. I’ve been trying to cut back on dairy lately, and have found my favorite coffee creamer is an oat milk creamer. It’s the one that (in my opinion) mimics half and half the best. Plus, there’s a lot of controversy surrounding almond milk and almond milk creamers due to their heavy environmental impact.

Anyone who is health-minded, should also be environmentally minded, for our health relies upon a clean and healthy planet. If you’re interested in reading why almond milk production comes with a high environmental cost, check out this article in The Gaurdian. It’s the beehives that can’t thrive in conjunction with our almond craze.

Then there’s the sugar and sugary syrups we put in our mocha lattes, and the like. There’s a reason why some of the (albeit delicious) coffee drinks we indulge in at our cafes have as many calories as a full meal. Some of them even have high fructose corn syrup, and artificial sweeteners and flavors which we know do us damage. This is why I’ve begun spending more on coffee to get the good stuff—coffee that’s organic and also a fair-trade for the coffee farmers. I find I don’t have to use as much oat milk creamer with high-quality coffee. And maybe, just maybe, someday I’ll enjoy it black. Because black coffee is what’s best for your health.

Even scientific studies show how healthy organic black coffee is for you. From improved cardiovascular health, to cancer prevention, black coffee has even been shown to help prevent dementia. So, why is black coffee so good for you? The answer lies in its antioxidant load. For Westerners who don’t like tea, coffee is one of the best sources of antioxidants in our regular diet.

That said, you don’t have to limit your coffee drinking to just one cup. A study published in the Journal of Alzheimer’s Disease found subjects who drank five small cups of coffee each day lowered their dementia risk by a whopping 65%. Yet another review study, published in the Archives of Internal Medicine found that regular coffee consumption helps prevent type 2 diabetes.

Why all the hype with cold-brewed coffee? Well, if you’ve ever had any, you know just how good it tastes. And of course, in the summer months it just makes sense. But beyond these reasons, cold-brews might just be healthier for you. An Italian study, which focused on the cold-brewing of tea, found this method of tea brewing, also common in Taiwan, with its hot and humid climate, helps preserve the antioxidants. Hot water, on the other hand, destroys some of the antioxidant catechins. 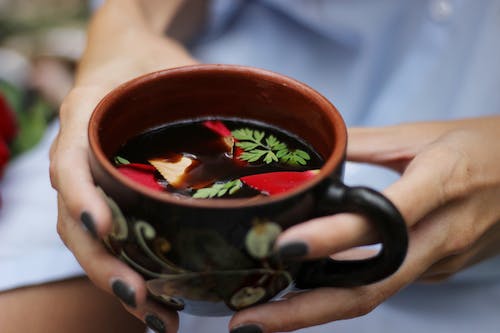 To make a cold-brew tea, you’d simply add cold water to your tea leaves, and let steep for a couple hours. Sure, it might take a bit more time and planning, but the health benefits appear to be worth the extra effort. And, when it comes to coffee, its acid content decreases dramatically via cold brew—by a whopping two-thirds, actually.

No wonder I enjoyed the cold-brew coffee one of my pet sitting clients left for me over New Year’s. It was some of the best coffee I’d ever tasted. And, yes, I added oat milk creamer for an even tastier morning wake-up call So, why not give cold-brewing a shot? I know I’ll be experimenting with it (even before winter passes).