For men, losing their libidinous powers can be a real downer, to put it lightly. Males are more driven by their sexual prowess than are women, and when you hit a certain age—one that differs for all men, (as it does for women), sexual health often feels as if it’s on the decline. And sometimes it truly is. But, it doesn’t have to be. As penis-driven creatures (and I say this in a positive, non-pejorative way), men need healthy male members. A man’s outlook on life is intricately linked to the image he has of his penis. This is why male sexual health and aging, and the sexual dysfunction that often accompanies it, might feel like the end of the world for some men. And there’s much to be learned concerning this subject. This article aims to scratch the surface…

As a man ages, he’s certainly more likely to be a candidate for real medical issues, some of which, impact sexual wellness. It’s always a good idea to rule these out with a medical doctor if sexual health issues persist. Neurological problems, cardiovascular problems, and hormonal problems, urological disorders are the four we’ll explore here.

From a physical standpoint, the male organs are linked to the circulatory system. Your heart health is intricately linked to your ability to obtain and sustain an erection. In fact, of the three medical conditions we’re exploring here, vascular issues are the most common. If you suspect there’s a cardio malfunction going on, or just want to rule one out, consider asking your doctor for a Doppler pulse-wave analysis.

Thus, maintaining regular cardio workouts is essential to maintain sexual health as you age. So many forms of cardiovascular exercise exist, so you can take your pick. Just make sure you do it regularly—say, for thirty minutes each day. Riding your bike is surprisingly good for the heart if you throw in some steep inclines here and there. Swimming is another great cardio exercise. Just find something you love and stick to it. If you’re having erectile issues, it wouldn’t be a bad idea to get your heart checked out, just to be safe. You’ll also want to make sure you’re eating for circulatory health. Some of the best foods for circulation include: bananas, onions, garlic, chili peppers, avocados, salmon, olive oil, and dark chocolate. 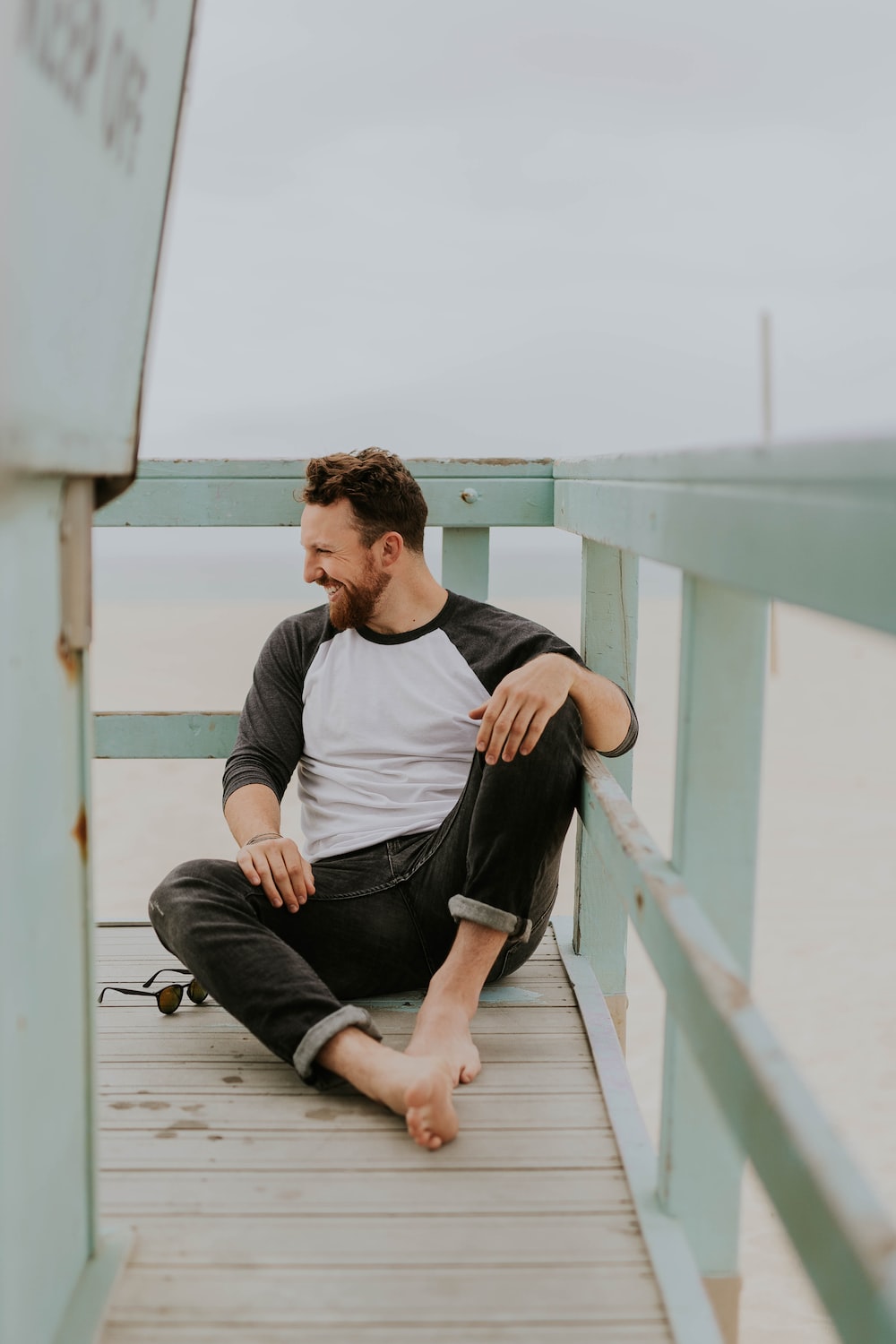 The health of your nervous system

Issues with your neurology will directly affect sexual health, and impotence often occurs if there exists a neurological disorder. Serious issues are: Parkinson’s disease, multiple sclerosis, spinal cord injuries or tumors, or cervical disc disease. The nerves are also damaged when alcoholism has plagued one’s life for years, or if serious diabetes is the case. The combination of a loss of nocturnal erections and a medical history of any of the above issues points to a neurological problem. Ask your doctor for a bulbocavernosus reflex test if you suspect your nervous system needs attention. It’s a simple exam that can be done in just a minute.

As men age, hormones change, just as they do for women. Diabetes falls under this umbrella, as it’s a medical condition whereby insulin secretion is topsy turvy. Because insulin helps regulate blood circulation, serious diabetes results in impotence. If your thyroid isn’t functioning properly, this can also impact your ability to become erect. And if your body’s producing too much prolactin, that’s yet another cause of erectile dysfunction. Then of course, there’s the whole low testosterone factor, which happens to every male with age. Testosterone naturally decreases as we get older, and it’s up to you whether this is something you want to tinker with. But, testosterone therapy is certainly an option, and that’s something you’ll want to discuss with your doctor. A simple blood test can be done to see if your testosterone levels have dropped. Easy solutions exist for hormonal issues, and you’ll want to rule out any hormonal imbalance early on, as they are easily corrected.

There’s one additional medical issue we should cover before moving onto other stuff. This one has to do with the urinary tract. Lower urinary tract problems (LUT’s) are common for aging men. There’s evidence that suggests a strong correlation between LUT’s and erectile dysfunction. If you’ve been experiencing symptoms of a urologic disorder, and aim to keep your sex life robust with age, you should definitely get yourself checked out. According to this study in the journal Reviews in Urology, symptoms include: voiding or obstructive symptoms such as hesitancy, poor and/or intermittent stream, straining, prolonged micturition, feeling of incomplete bladder emptying, dribbling, etc. and storage or irritative symptoms such as frequency, urgency, urge incontinence, and nocturia. Should any of these signs of a urinary issue ring a bell, there’s a chance you need treatment, which will naturally help with sexual dysfunction.

Then, there’s the changing of the prostate, which naturally happens with age. A condition known as benign prostate hypertrophy affects nearly half of all men over the age of fifty. Urinary flow often becomes obstructed as a result. If this is the case for you, there’s no need to panic. It’s a typical condition and it’s quite normal. Benign prostate hypertrophy really is benign. But it does cause some rather annoying symptoms. You may find you’re up in the night urinating frequently. You may also find you have a rather weak urinary flow. Not to worry. But, if it’s bothering you a lot, and you feel it’s getting in the way of your male prowess in the bedroom, get your prostate checked. It’s always better to err on the side of caution. 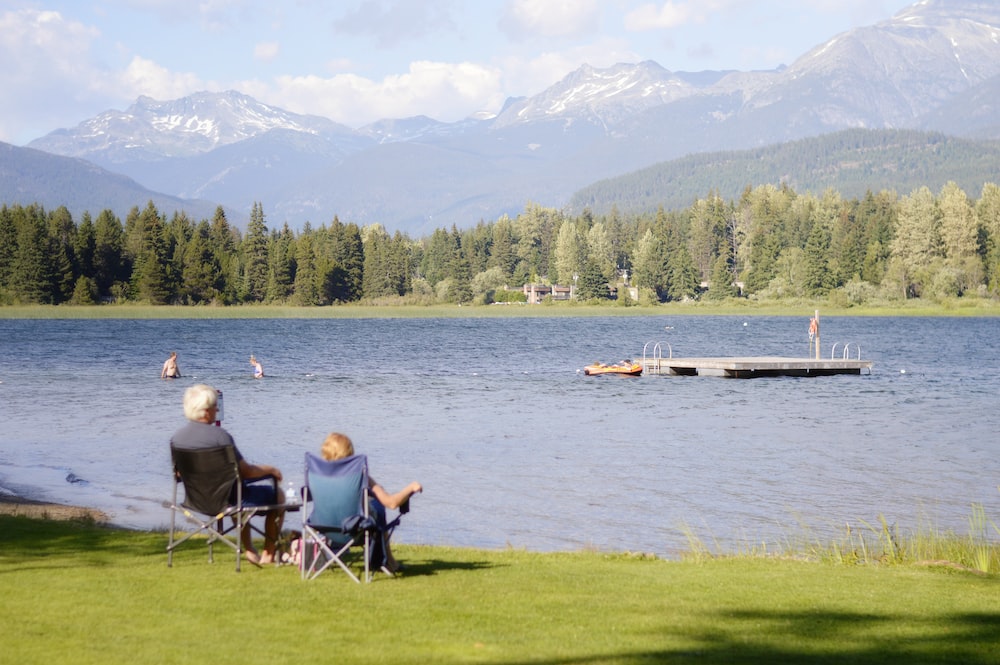 Once you’ve had difficulties getting and sustaining an erection, your mind may begin playing tricks on you. This is normal, as the psychological aspect of sexuality is very real. We can also blame our media, and its messages about marriage, romance, and happily ever after. The overblown and unreal expectations we contrive from these messages only lead to the suffering of relationships. If you’re not getting enough sleep, worried about career or personal matters, or feeling upside down in any aspect of your life, it’s going to be really hard to perform sexually. Which can lead to performance anxiety. This anxiety causes blood flow to move away from the penis and towards the arms and legs. Stress and anxiety also result in an increase in the amount of norepinephrine, which further constricts the blood vessels, and therefore blood flow. With so much pressure from society to please yourself, and your partner during every sexual encounter, it’s no wonder performance anxiety can get the best of so many men.

How are your stress levels?

Our society has become infinitely stressed out. Modern life moves far too fast. The media bombards us with detrimental messages about sexuality. Most men work abominable hours, losing time for play and proper sleep in the process. When you’re drained and overtired, how can you have penis power? Financial stress exacerbates sexual vitality, for sure. And we all know how rampant that is these days. As a whole, men are more stressed than ever before. Which makes the issue of erectile dysfunction very real and timely.

As you age, your sexual health depends upon your ability to manage stress. Psychological stress is a libido killer for both men and women. So, you’ll really want to learn how to manage it in a healthy way, as opposed to turning to the bottle. So many men (and women) drink to decrease stress. And while a glass or two of wine is fine, drinking in excess is not. Drinking just a bit of red wine can actually boost circulation, while drinking too much has the opposite effect. There’s a fine line, and drinking for sexual health can be a slippery slope for many.

As Shakespeare once penned, alcohol “provokes desire, but it takes away the performance.”

No fair, right?! And, the same is true for drugs, tobacco, and even pharmaceuticals. Smoking when we’re stressed is so normal. But it’s so detrimental to male sexual health, especially as you age. And chewing tobacco is just as bad. In fact, these are stimulants, and they’ve been known to cause impotence. This study, published in the Journal of Sexual Medicine, found a significant link between long-term cigarette smoking, and loss of erection.

Depression so often causes a lagging libido as well as ED. But, erectile dysfunction and lagging libido also cause depression. What a catch-22! Depression, no matter what kind,  depresses erection. It also results in a loss of interest in sex. Depression can be of the situational, short-term sort, or it can be long-term and chronic. The short-term variety must simply run its course. The long-term one needs medical attention lest it debilitates sexual function. All kinds of mind games plague us, and these mental obstructions often undermine our ability to enjoy sex as we get older. Our emotions impact our physical body, including our erections. It’s simply a no-brainer that when we’re down, our male member may very well be, too. So, get help as needed. Life is difficult, and there’s nothing to be ashamed about should you need help from a mental health professional to help your sexual health regain its vigor as you navigate the ups and downs of aging.

Soak in the sun

Did you know that the sun is good for your sex organs? Those Aztecs knew what they were talking about! When you get lots of sunshine, your body naturally increases nitric oxide within the circulatory system. And, the penile-enhancing drugs such as Cialis and Viagra work by increasing nitric oxide. What’s more, many studies have shown a direct link between vitamin D deficiency and erectile dysfunction. This all goes back to nitric oxide production. Lacking vitamin D inhibits nitric oxide production because of more free radicals floating around in the bloodstream. That’s one hypothesis, anyway. What we do know for sure is that there’s a connection between sunlight and male sexual health. So, get outside, and bask in that sun. And if you want, go ahead and get your vitamin D levels checked. Sometimes, supplementation is totally necessary. Take at least 2,000 IU’s of vitamin D per day.

This subject needs attention because it’s so common in this day and age. So many of us self-medicate—so much so we end up damaging our sexual powers in the process. While a little wine surely can enhance desire, and romance the mood, a lot can numb everything. Most of us have first-hand experience as to how abusing alcohol or drugs dampens a man’s erection. This is due to the sedative effect alcohol has on our central nervous system. But, the sad thing is that over the long-term, it can lead to full-out impotence.

Moderate drinking for a couple is absolutely fine. Overdoing it however, makes things quite difficult, and sometimes arousal becomes an impossibility. A large number of alcoholics eventually become impotent. This happens because of major nerve damage that occurs, which sometimes leads to a complete and total loss of erection. 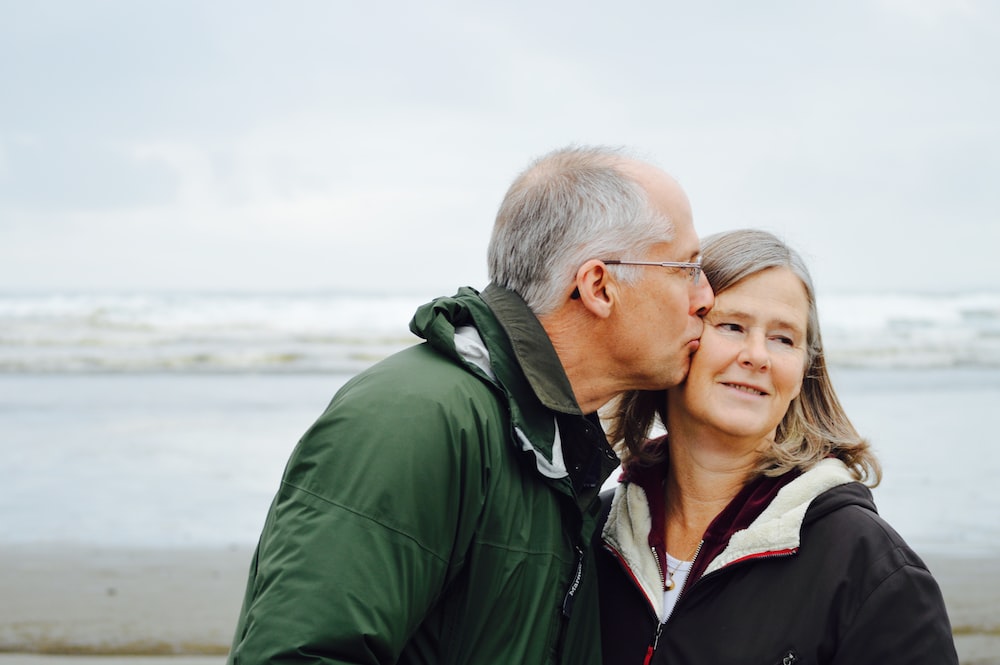 There’s so much shame around erectile dysfunction that many men don’t get the professional help they need. If you’ve been dealing with erectile dysfunction or loss of libido, talk to your doctor. There could be an underlying issue that you’re not aware of. As you get older, your health sometimes declines, resulting in difficulty getting and maintaining the erection you used to. Hormone levels decline, too. This has a direct impact on your penile powers. Luckily, all kinds of treatment are out there. And, with time, you can work with your doctor to find what’s best for you.

As you can see, male sexual health is an important matter, especially as one gets older. Sex is a healthy part of aging, and shouldn’t be tossed aside just because you’re having issues, whatever they may be. Attend to your sexual health as you age, and your life (and wife) will be better for it!