What is Binge Eating Binge eating is a psychological issue, no doubt. It’s seen by the mother of all psychological books (the DSM-5) as BED, giving it an official title as part of the family of eating disorders. This (sometimes life-threatening issue) is more common than one might think. Approximately 2.8 million people in America alone suffer this disease. As such, it’s important to know how to decipher the signs and symptoms of it, should a loved one display them. Let’s explore the topic further, in order to educate ourselves and others, just in case we need to lend a helping hand to someone we may need to help in the future.

What is binge eating disorder?

Binge eating disorder (BED), is an eating disorder in which a person eats excessive amounts of food, typically in one sitting. Someone who has BED feels as if he or she has little or no control over their eating habits. Once finished with a binge meal, feelings of guilt and/or even shame take over. There’s a real disconnect between healthy eating habits. 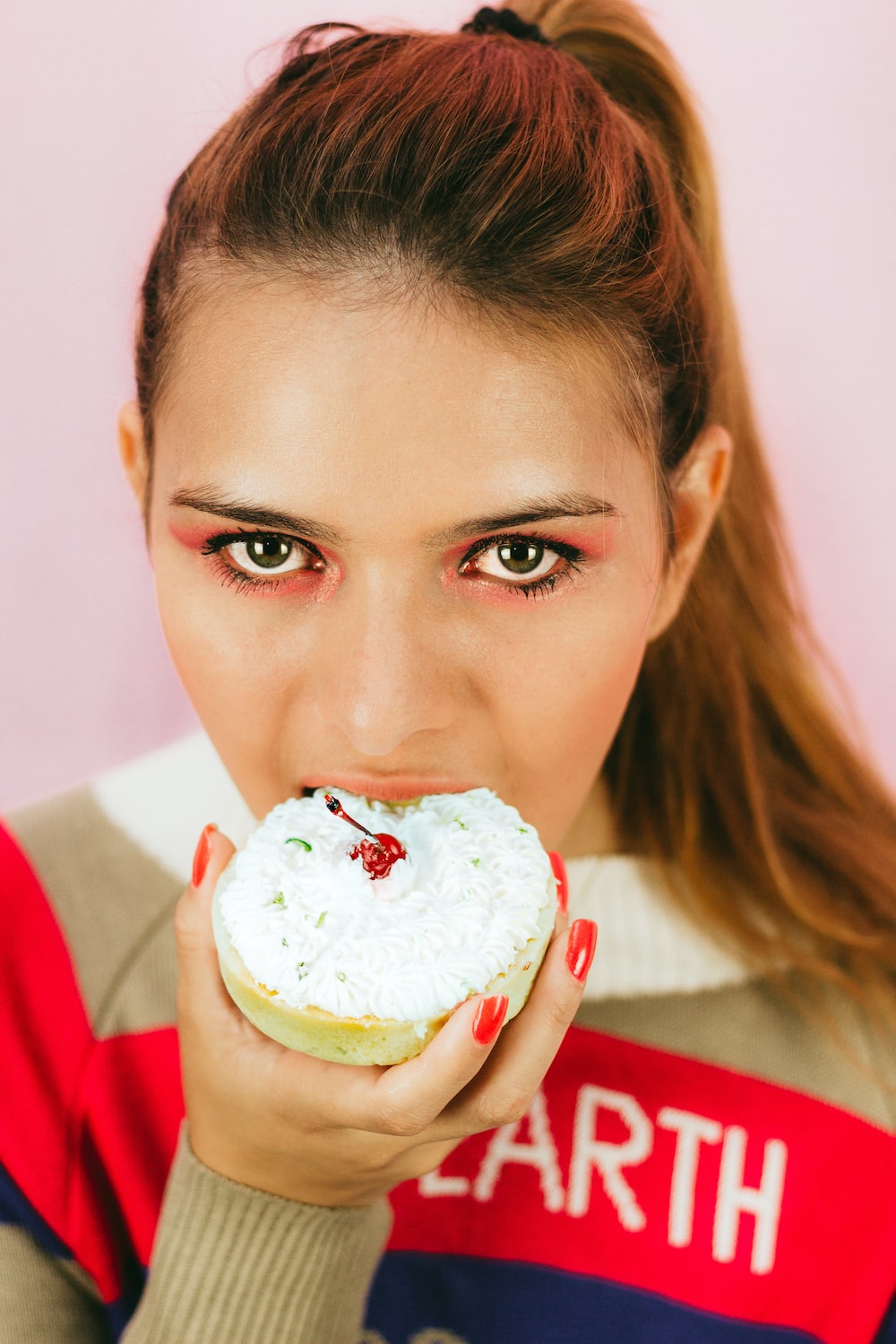 Some of the diagnostic facts around binge eating include:

Why does a person succumb to this extreme way of eating? The answers aren’t exactly clear, and the neurobiology that leads to BED aren’t clear either. However, this study, published in the journal Obesity explains how a person’s dopamine levels may play a part when it comes to BED risk factors.

This particular study found that dopamine in the brain, which affects a person’s cravings for food and motivation for eating, is likely a factor when it comes to developing BED. In short, this study posits that the brains of binge eaters release greater amounts of dopamine than regular eaters. Since dopamine is the feel good brain chemical, it makes perfect sense. During a binge eating session, the brain releases a lot of dopamine, allowing the person bingeing to experience greater amounts of pleasure than the average eater. Of course, the pleasure is fleeting, and often leads to feelings of remorse, shame, and embarrassment not long after. What a vicious cycle it all can be. Moderation is key for lasting and sustainable contentment. But, try telling that to the brain, which has a mind of its own!

Risk factors for binge eating include:

While binge eating is a mysterious disorder. There are certain factors that put a person at risk for developing BED. They are: 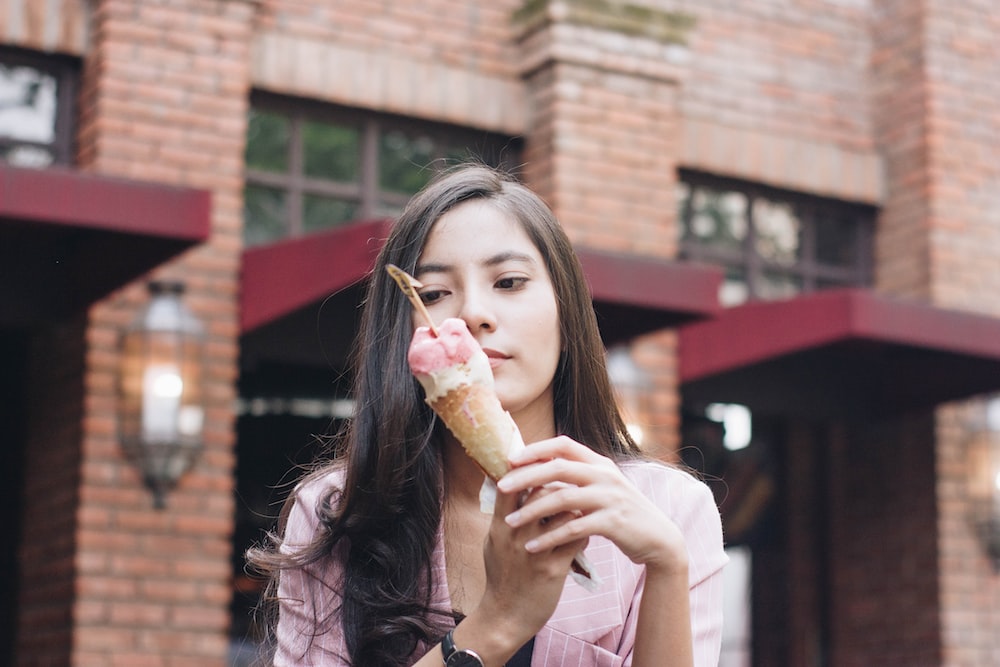 Signs and symptoms someone you love has binge eating disorder

Because BED can lead to seriously unhealthy health consequences, it’s important to keep an eye out for some of the signs associated with binge eating disorder. They are:

As you can see, there are many warning signs that your loved one may have a problem with binge eating. Pay attention, especially if it’s your child, because the health consequences of this disorder can be dire. Let’s talk about some of those next. 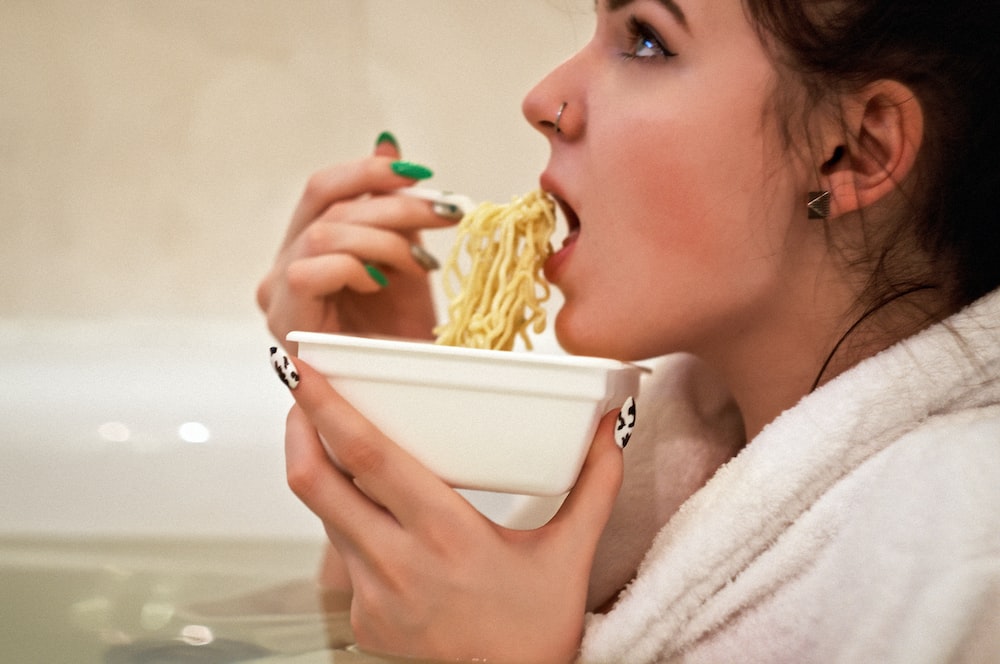 Health consequences that can arise from binge eating disorder

What you need to know if someone you love has BED

Binge eating disorder is a serious issue. Its severity ranges in degrees, and at its worst, can be life threatening. Most people who suffer from BED tend to suffer alone and in silence, hiding their unhealthy eating habits from others out of guilt or shame. This is why it’s important to pay attention to potential BED signs from someone you love.

While many of us overeat to fill some sort of emotional void, or simply because we’re stressed out, binge eating disorder takes overeating to a much higher level. It becomes a kind of obsession, making one act in more extreme ways than the typical overeater would. The less extreme overeaters might eat too much simply because they’re bored, or just zoned out while watching a movie, eating on autopilot. They might overeat because they’ve skipped a meal, or eaten very few calories that particular day. Sometimes, we overeat simply because we’re distracted. Or even just dehydrated. So many reasons for overeating abound, and mindfulness of eating is an important element we can all bring into our daily habits around food. For the binge eater, however, it’s a bit different. Professional help is typically necessary when it comes to more extreme overeating habits.

Feeling out of control in an aspect of life as important as your daily meal can really trouble a person’s mental and emotional state. No one wants to feel this way. Like any kind of addictive behavior, binge eating disorder needs to be looked at as a disease, no different from physical diseases like arthritis, for example. Our brain is an organ, and while we can learn to master our mind, this takes much patience and time. Patience and time is what’s needed for someone to heal from this potentially debilitating psychological eating disorder.

The good news is, this is a treatable disorder. Because it was officially recognized in 2013 as a psychological disorder, more and more therapists are capable of effectively treating the disorder. Awareness is everything, and the heightened awareness surrounding this eating disorder makes it easier to receive treatment, with less stigma to boot.

Binge eating disorder is typically treated via a combination of various psychotherapy disciplines, as well as physical ones. Psychological, medical, and nutritional aspects of healing will all be addressed. Depending upon the patient, someone with binge eating disorder may find solace during one-on-one counseling, in a group therapy session, or both. If a person feels uncomfortable leaving the comforts of their own home, therapy sessions via an online platform like Skype or Zoom may be the best bet for making baby steps at first.

Depending upon the severity of a person’s BED, seeking treatment may involve several different practitioners. A nutritionist will often provide the patient with nutrient dense meal plans to restore good health after one’s body has been mistreated. Medical conditions may be addressed by a medical doctor. A psychiatrist may prescribe meds at first, and a psychologist may use cognitive behavioral therapy and/or other psychologically beneficial techniques to get to the root cause of the binge eating, and then treat it thereafter.

Successful treatment for this eating disorder will get to the root of one’s mental and emotional reasons for having developed this disease. It will help the patient establish new eating habits that take them out of the dark place that is any eating disorder. Treatment will implement all the necessary steps for ending the disorder once and for all. But, like any form of healing, patience is required. But, with the support of professionals and loved ones a full recovery is definitely possible.

Treat yourself or your loved one with total acceptance and compassion

It’s important to have buckets of self-compassion for yourself if you’re the one seeking treatment. Because there’s not as much awareness and acceptance surrounding psychological conditions when compared to physical ones, there’s a lot of hiding behind closed doors by the person who suffers from a mental health issue like binge eating disorder.

We’re all human, and we all suffer, to various degrees. It’s simply a part of life. That said, whether it’s you or a loved one who has an eating disorder, take things day by day. Try to live in the present moment. And care for yourself or your loved one with the acceptance and compassion you would give a baby or small child. We were all children once, and we all deserve unconditional love, no matter what ill we may be experiencing. No one chooses to have a serious condition, be it physical or psychological. But we can choose to accept ourselves no matter what challenge it is we’re going through.

As you can see, binge eating disorder is a serious psychological and medical condition, one that begs treatment in order to prevent it from ruining a person’s life. If you or someone you love suffers from BED, please seek professional treatment as soon as possible.